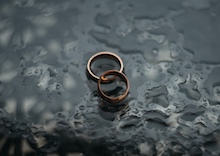 The US Court of Appeals for the Third Circuit broke new ground holding for the first time that a debtor’s spouse has an unsecured claim for equitable distribution as long as a complaint for divorce is pending when the bankruptcy case is filed. (In re Ruitenberg).

Erin Kennedy, an attorney with Forman Holt who has over twenty-five years of experience in the field of bankruptcy law,  successfully argued for the allowance of the claim.

“The Ruitenberg holding makes sense given the Third Circuit’s shift away from requiring that a judgment be entered before a claim is found to exist.” –Erin Kennedy, attorney

Prior cases required that a divorce judgment be entered for there to be an allowed claim. There are conflicting interpretations of the issue across the United States, and previously the issue was unsettled in the 3rd circuit.  Now, for the first time, the 3rd Circuit has resolved all doubt and definitively ruled on the issue.

“This brings bankruptcy law into accord with New Jersey state law which looks at matrimonial assets as of the date a divorce is filed.”

A summary of the legal details in the case follows:

Erin Kennedy of Forman Holt successfully argued before the United States Court of Appeals for the Third Circuit that a debtor’s spouse may assert an equitable distribution claim as a claim in a bankruptcy case, even if a judgment of divorce has not been entered. On March 13, 2014, the Third Circuit filed its opinion in In re Ruitenberg, 2014 BL 70237, 3d Cir. No. 13-2175, 3/13/14, affirming the decision of Bankruptcy Judge Raymond T. Lyons and holding “that a non-debtor spouse has an allowable pre-petition claim against the debtor’s bankruptcy estate for equitable distribution of marital property when the parties are in divorce proceedings before the bankruptcy petition is filed”.

In Grossman’s, the Third Circuit overruled the “accrual test” that had been the law in the Third Circuit and adopted the “conduct test”, which is the prevailing law in most other circuits.  Under the “accrual test”, a claim arises when a judgment determining a liability is entered.  By contrast, the “conduct test” dictates that a claim arises when the harm that gives rise to the claim occurs.  In Grossman’s the court held that “a claim arises when an individual is exposed pre-petition to a product or other conduct giving rise to an injury, which underlies a right to payment under the Bankruptcy Code”.   607 F. 3d at 125.

In In re Kane, 628 F. 3d 631 (3d Cir. 2010), the Third Circuit found that a debtor’s claim for equitable distribution is property of the estate under section 541 of the Bankruptcy Code, even if a final judgment of divorce has not been entered.   Under New Jersey matrimonial law, equitable distribution is awarded upon the entry of a divorce judgment.  The Kane court reasoned that although a debtor’s pending claim for equitable distribution did not amount to a right, because no judgment for divorce was entered, in the context of the bankruptcy claims allowance process, it “qualified as a contingent, equitable interest in (marital) property” and therefore was an allowable claim.

The issues presented in Ruitenberg gave the Third Circuit the chance to emphasize that Grossman’s expanded the Third Circuit’s interpretation of the definition of a claim under the Bankruptcy Code.  The Ruitenberg court rejected appellant’s argument that the Grossman’s rationale should be limited to tort claims and should not apply to equitable distribution claims finding that “the accrual test was abandoned by Grossman’s even in this context”.

The Ruitenberg decision overrules New Jersey bankruptcy cases In re Howell, 311 BR 173 (Bankr. D.N.J. 2004) and In re Berlingeri, 246 B.R. 196 (Bankr. D.N.J. 2000) because those decisions were based on the accrual test which was specifically rejected by Grossman’s.  The Howell and Berlingeri cases were regularly cited in New Jersey for the proposition that a right to equitable distribution does not arise until a judgment of divorce is entered.