The following is a selection of work in Chapter 7 and Chapter 11 proceedings that the firm has handled / continues to handle, where the United States Department of Justice appointed members of the firm as bankruptcy trustees, the firm serves or served as counsel to a trustee or as a state court fiduciary or counsel for a state court fiduciary:

Michael J. Connolly explores the obligations of a chapter 7 trustee which, at times, may seem to clash in the handling of discharging duties. 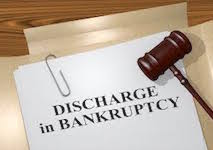 Charles M. Forman is featured in the online column “Triple Play”, a weekly NJBIZ feature that asks top executives in New Jersey to talk about three things related to their industry.

“Master of Disaster” Charles M. Forman uses a bankruptcy filing unconventionally, bringing businesses back to life while awaiting a sale.